Life in the NICU and a Diagnosis

It has been 7 days since we've been blessed with our little miracle, yet it feels we've lived in the NICU half of our lives. The days in here go by so quickly but are so long at the same time. I think we are starting to establish a routine as we figure out the best way to care for AnnLouise yet spend time with Henry.

I've been holding off on publicly updating on her condition until we knew the severity of it. After delivery some new things came up we weren't expecting. I think I had in my mind that because she was a miracle then she wouldn't have any complications and would be out of the hospital in a couple of days. Instead we were given a diagnosis that, sure, could be much worse on the severity level. But it is still a new world in which we are embarking. We've had to get our minds around not only the diagnosis but also how severe her case would turn out to be. We are glad to have a diagnosis, but it is life changing to know what it is.


Our sweet baby has Prune Belly Syndrome. Don't Google it, I promise. You will see pictures of all sorts of things and babies at the most extreme level. This is not AnnLouise. They think she is mild to moderate. So don't go scaring yourself looking at pictures.

Basically she does not have abdominal muscles, so her intestines protrude when she coughs or sneezes or does anything that would typically tighten the stomach muscles. Some kids look more severe than she does; her obvious physical difference is an oval shape in the center of her abdomen where her stomach muscles do not connect. It looks more like a hernia.

Because she has no abdominal muscles, she was unable to empty her bladder completely on her own, both in utero and now. This explains why she had such a big bladder! The urologist attempted a couple different methods of relieving this issue, and after a surgery on Friday she is set for at least a few years. 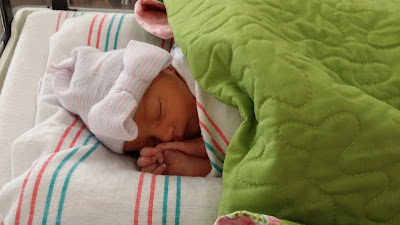 The neonatal team has monitored her so well. They start their rounds at 9 each morning, so we try to get up here and talk with them each day. They have steadily watched her creatinine levels which show her kidney function. For Prune Belly babies the biggest obstacle in life is forever their kidney function. But just like she did for 9 months, AnnLouise has surprised them with how stinkin' good her kidneys have done.

Prune Belly Syndrome is very rare. Only 1 in 40,000 babies will be diagnosed with it. In that number less than 5% are girls. Many of these babies don't make it to birth. Many who do have renal (kidney) failure shortly thereafter. All Prune Belly babies have to watch their kidneys throughout life. 1 in 3 need a kidney transplant at some point.

As for her lack of stomach muscles, her life will look different than many kids. She probably won't be a big athlete or be competitive in anything that would involve her stomach muscles. But there are so many things she can do...and we are thankful for that. The urologist has already discussed a possible abdominoplasty with us. It is basically a tummy tuck! We will continue discussing this until the time is right, but ultimately it would take much of that loose skin away and connect her stomach muscles. This would theoretically give her more control of all of her abdominal functions as well as adjust the cosmetics of prune belly. Although, if you ask me, she is perfect and adorable despite that belly! 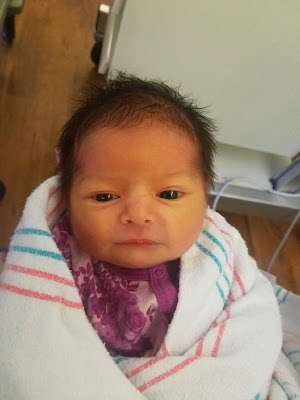 There is no cure for Prune Belly, but there are management techniques. Her life may not be what we originally thought when we got pregnant. No parent wishes for their child to have to monitor their kidney function forever. But...we praise God she is here. She is our miracle baby. And she is perfect in every single way.

We just got word she may get discharged tomorrow. Those words sound so sweet. As you pray for AnnLouise, we ask specifically you pray for her kidneys. We rest in God's grace and praise Him for AnnLouise's life as well as the friendships He gave us that have meant so much through this time in our lives. Thank you all for loving AL and Henry and us. Thank you for your prayers, your friendships, and your unwavering faith in the miracle God gave us.