Our Journey Through Fetal Medicine: An Infant Funeral

On the ultrasound the next day the doctor confirmed the blood tests: we were having a girl. I think it was that moment that it hit me. As the tech typed out "girl" on the screen and printed it for our file, I laid in a state of shock on the bed. My husband reached over and hugged me as I sat stone cold.

The doctor and his staff gave us a moment by ourselves. It was September 16. I had only known I was pregnant for 2 months. In that time I had gone from being sad about having a second baby to fearful for the second baby to mourning the loss of the second baby. The world had stopped but my mind kept racing.

The genetic counselor and doctor met with us after this. We did not say much except our wishes were to deliver her. I could barely handle the thought of someone stopping my baby's heartbeat, and I told them this. They assured us most parents do not go to the lengths of going to specialists in hopes they lose a child and that our wish was not only normal but would be taken very seriously. I also learned how very dependent I would be on the genetic counselor--we loved her so dearly.

We were given a few books that would help us in the coming weeks. My favorite one was titled When Hello Means Goodbye. Reading it that weekend began to give me peace. I read how I could honor her life and show her how much we loved her.

We decided to deliver her at 20 weeks. For us this was the best decision. When we weighed what her death would be like at 20 weeks versus 40 weeks, how Henry's life would be affected, our length of time to mourn, our future pregnancy plans, living through every stranger telling us congratulations as my belly grew--all of it made more sense at 20 weeks. Mostly we wanted to honor her, love her. Going full term with her would mean a chance of pain for her with an enlarged bladder (doctors cannot confirm fetal pain, but we felt it would be painful), a possible ruptured bladder at some point, dying of suffocation due to no lung development, and the development of Potter's Sequence due to lack of amniotic fluid. For us we did not feel that honored her.

My life changed a lot during this time. I had always been a huge proponent of pro-life. Obviously. I wanted my child. Of course I'm pro-life. When objections would be made for "medical abortions", I agreed sure that sounded nice but honestly never really thought anything like that was necessary. But when it's your baby and you have to make the decision all of those things become very real.

After meeting back up with the OB to discuss delivery plans, he kept using words such as "abortion" and "termination of the pregnancy." I said I would never abort my child. He said that that is exactly what we were doing, even if it was for medical purposes. And for good measure he explained we could not go to 20 weeks in Texas, because that was the limit on late-term abortion. We had to deliver at 19 weeks and a few days.

I cried a lot over this and contemplated going full term just so no one could say I aborted my child. But my husband brought me back and said we are here to love our little Ann Louise (a name given to her after her grandmother and great-grandmother), not the world. Who cares if some lawmaker calls it an abortion? We are making this choice because it is how we can best show our love.

He was right. It is just hard to conceive the thought. When you think you believe so strongly on a moral and ethical stance and that is changing to some degree, it is hard to wrap your thoughts around it. At the end of the day I knew I loved my daughter more than any lawmaker and his policies. Call it what you want--I wanted the best, most peaceful way for my baby girl to come into and out of this world. And my second major lesson I learned through this process was that as a parent you have to make the best choices you can make and not judge others when they make a different one.

To endure the pain I ironically found peace in funeral planning. We attend an Anglican church, and our priest created one of the most beautiful Eucharistic services I have ever read. We spent many hours pouring over songs and prayers and readings. I kept telling Cash, "This is the only thing I ever get to plan for my daughter. I want it to be perfect."

I'm not sure things got easier, but it did become more normal. I'm sure I spooked a few friends and strangers as I would so openly talk about Ann Louise's funeral. We reserved the beautiful chapel on the campus of our local college for October 22. I wanted desperately a black pillbox hat and veil to wear, and a lady in Japan custom made one for me. We scheduled hotels and meals for our family and friends who would be coming into town. And we met with a local funeral home who was to cremate her body.

People, even strangers, were so kind to reach out to us during this time. The genetic counselor had had the tech record Ann Louise's heartbeat and a group was going to sew this into a bear with the baby's name on it. Another group, the Now I Lay Me Down to Sleep Foundation, scheduled a free photo session in the hospital after she was born so we could always remember her precious face, hands, feet. The funeral home would come get her from the hospital, give us another chance to view her at the funeral home, and would cremate her for free. They also said a local flower shop would do our family flowers for free. The director of the chapel found out why we were reserving it, and she said she could not charge us because no parent should feel this pain. 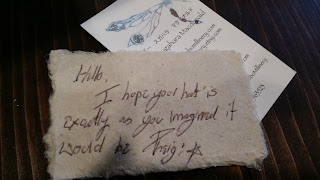 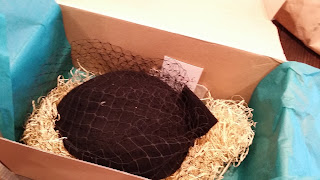 Cards poured in. Friends sent flowers. We received texts and phone calls. My granny made black bows for the chapel. My friend Meredith dropped off a basket of fall goodies and a printout about not being scared of this year's election: she knows my heart. We knew we were so lifted in prayer and that the peace of God was the only thing getting us through. It is times like these you cling to your faith and your friends--because without either this life would not be durable.

I wrote my feelings down a couple times throughout these weeks. On September 19 I wrote,

"No birthday parties. No graduations. Or wedding. Or Miss America watch parties. Or shopping trips to Dallas. All she gets is a funeral. For eternity all I ever get to plan for my baby is a funeral. I want it to be perfect.

Her whole life. I will hold her for her whole life. And then I'm supposed to give her to the angels. Surely they will do better than me, but I wish I had the chance to prove that wrong."

Nothing in life prepares you when saying goodbye to a baby you are still carrying. As the genetic counselor told me, we were living every parent's worst nightmare. I finally got what my OB had said all those weeks ago that some things are worse than a miscarriage. Yes, indeed. Having to choose when your baby dies and knowing she will never live, that's as pretty low of a feeling as one can get in life.

The moments that hit me the hardest were when I would think about giving her lifeless body to the nurses and letting her go. I could not bear it. One night Cash was out dove hunting with his dad and Henry was asleep, so I was alone and listening to possible funeral songs. I began to weep uncontrollably. This was my every emotion coming to the surface. I could hardly breathe wondering how I would ever hand her back. How does a mother do that and survive?


To learn more about our journey through fetal medicine and read through each phase, you can go click on a link below that will take you directly to that post: