As promised (since I know you all are dying to learn about more politicians!), I have researched the other 5 candidates for tonight's Republican primary debate. This is an exciting group of candidates as we have seen spars and show downs take place amongst them. With Herman Cain rising to the top since the last debate, it is no doubt that tonight will be an eventful evening with attacks on his 9-9-9 plan and non-political resume. Without further ado, meet the other guys {the Pauls-Santorums}: 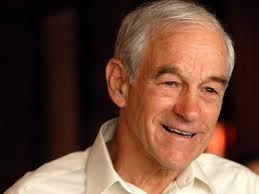 Dr. Paul, also known as Congressman Paul, has spent many years in Congress and is most widely known for his view on limited government. He thinks government is too big and the best practices would include lowering (even abolishing) federal taxes. As an OBGYN he has delivered over 4,000 babies and has true experience in the field of healthcare--a widely debated topic in politics today. Currently from Texas, he grew up in Pennsylvania and attended medical school at Duke. He even served as a doctor for the US Air Force in the '60s. 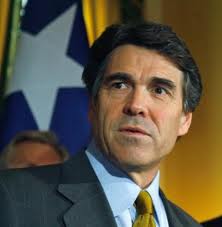 Hailing from the 2nd largest state in the union, Governor Ricky Perry has resided over Texas since former President GW Bush left for DC in 2000. He has never lost a political race in his entire career and is the state's first governor alum from Texas A&M. While growing up in a small town, he graduated with 12 classmates and lived for 5 years without indoor plumbing. It goes without saying that his background is vastly different from that of his counterpart President GW Bush, but you won't find him voicing any concern over the former president due to their direct ties. As governor of Texas, Perry has had superior ratings in job growth and energy dependency. His governorship has led him to see the problems facing our border, although it is only one country in which he has had foreign diplomacy. Perry has also served in the US Air Force. Lastly, he was the latest candidate to announce his running and has been in the top-tier since the announcement, sparring often with former Massachusetts governor Mitt Romney. 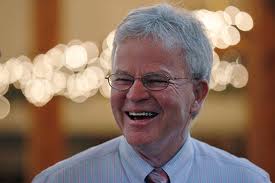 One candidate that may have the biggest tendency to work across the aisle with Democrats is former Louisiana governor Buddy Roemer. Roemer served as governor as both a Democrat and Republican. Having graduated from Harvard in both undergraduate and graduate studies, he has held many positions. He has been a congressman, governor, and recently a bank CEO.

Former Massachusetts governor Mitt Romney is the longest running candidate in this year's election. After losing the Republican primaries to John McCain in 2008, Romney has been on the campaign trail. His experience has both private and public sector qualifications as he graduated from Harvard Business School and Harvard Law School. His degree and resume landed him at the head of a highly stressful winter Olympics held in Salt Lake City. As a devout Mormon he has faced many remarks about religious diversity, but he has remained a top-tier candidate throughout the election process. 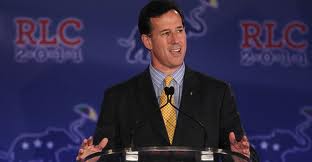 In 1990 Rick Santorum found himself as the newly elected representative for Pennsylvania at only 32 years of age. He went on to become a US Senator for 12 years and worked with now Speaker of the House John Boehner as a member of the "Gang of Seven." During recent debates he has talked frequently about immigration as his own father was an Italian immigrant to our country. He and his wife have seven children which no doubt prompted his 2007 book It Takes a Family.

Don't forget to watch CNN tonight at 8/7 central. You may be surprised with how unique these candidates are...and the fact that politics can be fun! As former President John F. Kennedy would say, "Ask not what your country can do for you; ask what you can do for your country." So turn on that television set tonight and get enlightened by the nation's leading Republican candidates.
Posted by Avery Jane at 4:08 PM