For those of you who know me {at all} know my absolute love of politics. While I realize it's not the number one interest on most 20 year olds' minds, I have always been fascinated with our country's government since I was a little girl. My freshman year in high school I even won the Civics Award from my teacher, because I was in crazy infatuation with the presidential election, constitution, and laws surrounding us. Now I teach Social Studies, and my principal will even recognize that current events and politics are the main reasons I love teaching. (Of course I love my kiddos, but that's a given.)

Considering my hobbies and the fact that my graduate studies are in Public Administration, it's pretty obvious why I have been following this year's Republican primary election. During almost every debate I go to my parents' house and analyze what each candidate says with both my mom and dad. Then I spend days talking to Cash about each candidate, who would win the primaries right now, and who might have a chance at beating President Obama.

So it blew my mind the first time I mentioned the debates in the teacher's lounge at work. Everyone just kind of looked at me like I was mental, and each person told me they had no interest in watching the debates. Now I recognize that politics are not on the forefront on most people's minds; but it's the future of our country! We are in the biggest recession since the 1980s, a war in the Middle East, and healthcare reform. Whether you are Republican, Democrat, or just plain American, it blows me away to think you seriously don't care about what happens--->or you'll just let others decide, and you'll make your mind up later. Later you might not get a voice.

Therefore, I decided to put together a post for you about each Republican candidate. Since President Obama will be the Democratic nominee (and I feel we all know about him), I am concentrating on these candidates that we do not know much about.

My post isn't to pull for one candidate over another. I want to be in politics myself one day, so I don't intend to blast my own chances! haha. Seriously, though, I just want people to be aware...and to maybe care just a little. So here goes. Meet the first 5 candidates in alphabetical order: 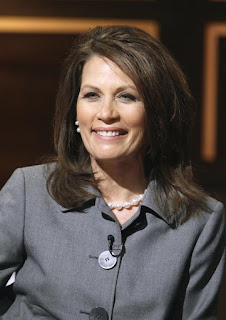 Representative Bachmann is the lone woman on the campaign trail as she vies for the office that no woman has ever held before. Being a voice of the tea party, she is strongly conservative and is an advocate against the current tax code and size of government. Rep Bachmann received a law degree (JD) from Oral Roberts University. Since then she and her husband have been foster parents to 23 children. She started very strongly, but with the additions of several other candidates she has decreased dramatically in the polls. 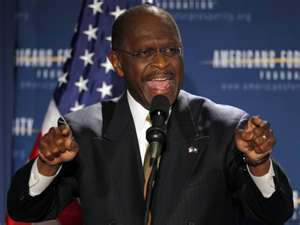 Meet the newest top candidate! Mr. Cain was just one of many on the campaign trail until recently when he soared into rapid popularity due to his 9-9-9 tax plan and down to earth mentality. As the former CEO of Godfather's Pizza, Cain feels that his tenure in the private sector separates him from the rest of the polished politicians in the field. Also, he is known for his point blank answers, off handed jokes, and politcally incorrect comments. Besides being a corporate executive, he has also been a Baptist preacher, on the Board of Directors for the Federal Reserve Bank, and a radio talk show host. To top it off, he is the only African-American candidate for the Republican party and comes from very humbling beginnings. 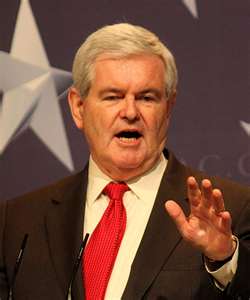 Most Americans remember Mr. Gingrich for his stint in the House of Representatives. While President Clinton was in office, Gingrich was the Speaker of the House and helped balance the budget. Under President GW Bush, he was on the Defense Policy Board. Plus, he is an author with 23 published books. Much like Cain, he has straight answers and point blank comments. However, he differs in that he is more polished and political. 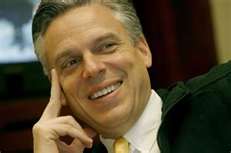 Not being in the top-tier candidates or a renowned politician, many people do not know much about Ambassador Hunstman, although he has held several important offices in our country. His family owned a private business where he held an executive office. On top of his private sector background, he served 2 terms as governor of Utah. President Obama (Democrat) named him as the US Ambassador to China in 2009. His credentials for that office came from knowing Chinese Mandarin and Taiwanese Hokkein. Personally he and his wife have raised 7 children: 2 of whom were adopted. However, don't expect to see him at the debates tomorrow as he is in New Hampshire boycotting the Western Republican Presidential Debate despite being the only candidate hailing from the western states.
﻿

﻿Rising to popularity in New Mexico after turning his 1-man business into a multi-million dollar company, the former governor served from 1994-2003. He's known to be "the most fiscally conservative governor in the country." As of recently, he became known for his punch at President Obama, "My next door neighbor's two dogs have created more shovel-ready jobs than the current administration." He is firm on the private sector's model of cost-benefit analysis when it comes to economics. While researching Johnson, his website gives little detail of his stint as governor--only noting his strict economic policies and use of his power of veto. On a personal note he is an avid outdoorsman and has even reached the peak of Mt. Everest.

And that, mi amigos, is the first 5 candidates of the Republican primary. Tomorrow I will introduce you to the remaining 5. I must say that I'm pretty excited about several of these candidates, and I think the Republican party has some very strong candidates, both conservative and moderate. Don't forget to watch Tuesday at 7pm (8 ET) on CNN!