Who Cooks for You?

In my world all you have to say are those two words, and my family is ecstatic. It's our favorite time of the year! (And FYI..."who cooks for you" is what a turkey hunter believes an owl is saying when it hoots. So we always think of that question when we hoot. And we hoot like owls to locate turkeys...not because we're weird. Although sometimes I wonder.) 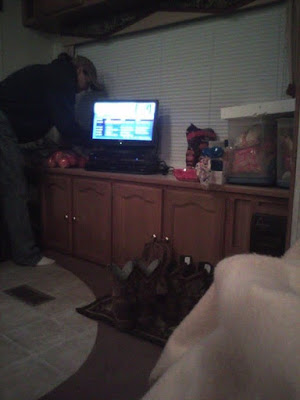 No one EVER said camping had to be rough. HAHA! This could be why I love turkey camp so much! But not everything is just peachy and glamorous. We walk all over the mountainside trying to find a bird. I've had my hunting boots for 8 years, so it's probably time for some new ones. But I never thought the sole would just start shedding as I was walking in the woods. 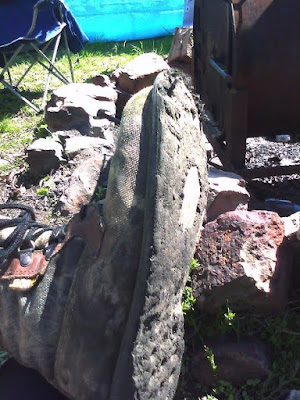 And even though sometimes we walk all over God's country, we don't always hear birds. Mom and Dad heard one though...Mom just did the unthinkable: she missed. It's the most horrifying thing a turkey hunter could do. But we've all done it. We've all gotten talked about because of it. And we all try to kill one the next day to prove we aren't turkey illiterate. Poor Mom. 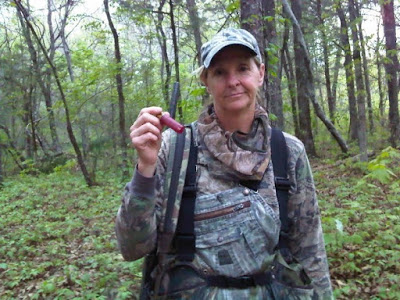 Going back to camp after an early morning hunt is my FAVORITE! We cook a huge breakfast together outside, and everyone just gathers around to talk, eat, and play. As kids it was a blast, because we'd walk to the creek, ride 4-wheelers, or make basketball goals. Now we're adults, and we just sit. But the little kids are growing up, and Rocky Joe makes toys for them just like he did for us. 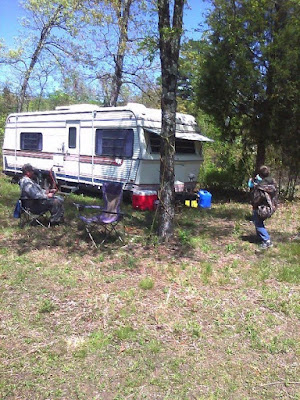 In case you can't tell what that is, Rocky Joe put rocks into an empty water bottle. He threw it over a tree limb with a string he attached to it, and he let the kids have a stick. They took turns hitting it...and sometimes barely missed each other. That's what camp is all about! That and the stories. Rocky Joe and Uncle Travis have the BEST stories. My dad thought so too... 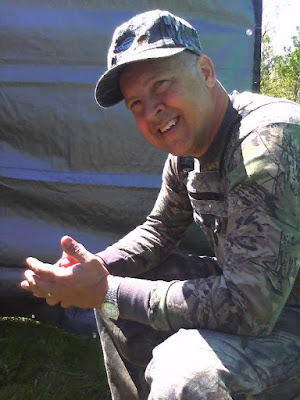 And sometimes, even the worst hunters get a little luck. 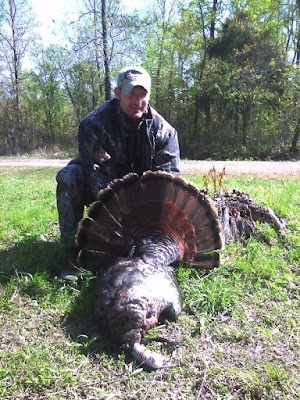